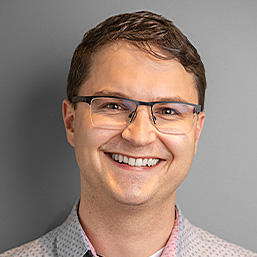 In distributed, asynchronous systems, state management has its challenges, because as you might know: "Everything Fails All the Time" (Werner Vogels). To ensure a consistent async state update in a distributed system, a component must reconcile the desired state, i.e. check if the outcome of their previous state-manipulating request to another component corresponds to the desired state. If this is not the case, the component repeats the update requests and checks again.

Kubernetes represents an asynchronous, distributed state manager. You declare the desired state for a component instance, and kubernetes tries to create and maintain that state should anything change.

"Reconcile" is the basic pattern in kubernetes where controllers ensure that, for any given object, the actual state of the world (both the cluster state, and potentially external state e.g. loadbalancers for a cloud provider) matches the desired state declared in the object.

If the desired state is "simple", like create one loadbalancer with this config (spec), one can easily imagine, how to reconcile that: we try to create the loadbalancer with a call to an external API and if this fails, we queue this task to try again later.

But what if you have to reconcile desired state with an external API that consists of a bunch of objects that have to be created in a specific order, i.e. that have dependencies among each other?

In our case we had to deal with a legacy Identity and Access Management System which API must be handled with care. Our flow would first create two groups, nest them, then create a new role and finally assign the groups to the new role. There are fine grained SOAP-Services for all of the tasks, but each of the services can be temporarily unavailable or fail individually. For deletion, the whole process must be executed in reverse.

Of course, we could create the objects arbitrarily with a "brute force" approach and retry creation until all errors have vanished. This simple approach is not always appropriate, and in certain cases unacceptable. If you have to call APIs of shaky legacy subsystems for example, this careless strategy might cause severe problems, even if it is only the legacy system's ops guy that comes along asking why his logs are full of business errors and what the heck you are doing. So sometimes, we need to go a more focused route.

DAGs to the rescue

To model the dependencies between the required tasks we need a data structure and an algorithm to calculate the right order in which to execute the tasks.

This is when DAGs come into play. A directed acyclic graph (DAG) is a directed graph with no directed cycles, which allows us to model tasks (as vertices) and dependencies (as directed edges) in a "natural way". 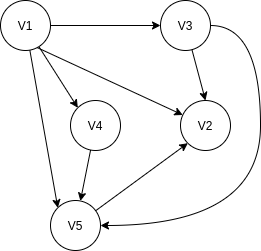 Every DAG has at least one "topological ordering", i.e. a sequence of the vertices such that every edge is directed from earlier to later in the sequence. 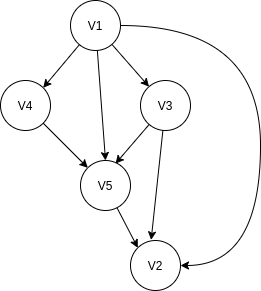 The correct sequences of tasks to resolve the dependencies is the reverse topological ordering: "V2 V5 V3 V4 V1" or "V2 V5 V4 V3 V1". We start with task "V2" that has no outgoing dependencies we can execute the tasks in the sequence of the topological sort in "ascending direction", i.e. reversing the sort order.

In our code we can solve this reversing of tasks by the following strategies:

To get rid of ambiguous equivalent topological task-sequences (e.g. for unit-tests) we can stabilize the ordering by adding a second sort-criteria like lexical ordering by vertex id.

DAGs are featured in many projects that share have to solve our problem of executing a series of tasks in the right order: Terraform, Gitlab CI, Gardener. These systems use internal packages, so we have to bring up something lightweight on our own.

Now that we know what we need as data-structure and algorithm, we need to figure out how to implement this in Go. We can use the gonum-library that has a vast set of numeric algorithms and also features a graph package. This library has much more than we need, of course, but for the sake of only showing the application of DAGs to the problem we want to solve (and not implementing DAG ourselves), let's go with it for now.

The code that models our example graph in go is straightforward. We simply create a directed graph and some nodes and add them with directed edges to the graph. After that we are able to calculate a stabilized topological sort (second param 'nil' defaults to lexical sort):

The following fragments of the flow-package (/pkg/flow) illustrate, how we can build a reconciliation workflow on top of a DAG.

The nodes of the graph resemble the tasks that have to be executed, the edges are dependencies between those tasks. In order to be able to reconcile the desired state that is modeled by our graph, we need to create a companion data structure and a contract for the reconcile-tasks.

The Workflow consists of a DAG that models the dependencies and associated Tasks for each node of the graph.

We need some methods to add Tasks to the Workflow and define Dependencies between Tasks. Errors can occur when the dependencies violate the DAG-property of the graph, i.e. if cyclic dependencies are added. If we add a dependency from V5 to V1 to our example graph, a call to topo.SortStabilized will result in "topo: no topological ordering: cyclic components: [[1 3 4 5]]", where "[1 3 4 5]" shows the members of the cyclic component.

Each reconcile traverses the stabilized topological task-sequence and calls the Tasks, so that each task can reconcile it's state with the legacy-system and make adjustments if necessary.

It is the duty of the caller of reconcile to determine if the workflow ended successfully or with a fatal or retryable error and act accordingly.

In the example, the reconcile-loop repeats the reconciliation after 5 seconds as long as the workflow does not complete successfully or ends with fatal error.

In the flow-example, each task will fail a configurable number of times before it signals success. We can watch, how the workflow reconciles each task in the right order, in multiple reconciliation runs until the desired state is reached.

We have explored how DAGs can help us to model dependencies between tasks and determine a correct execution order for the tasks. Using the gonum-library, we can create and use DAGs in Go. With some additional code we have built a tiny workflow package that allows us to execute interdependent tasks in the right order.

In conjunction with the task contract and a reconciliation loop we can now reconcile complex state in a caring and focused manner and be polite to our legacy-systems.